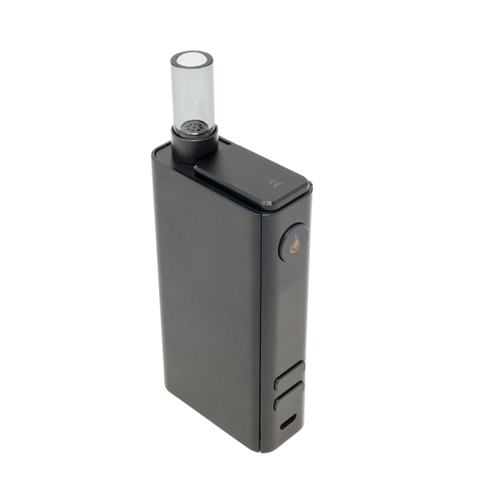 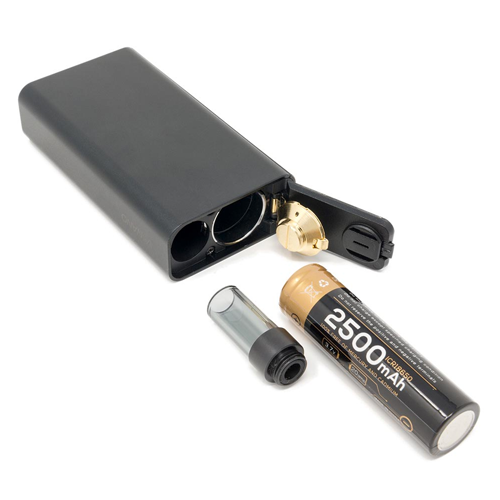 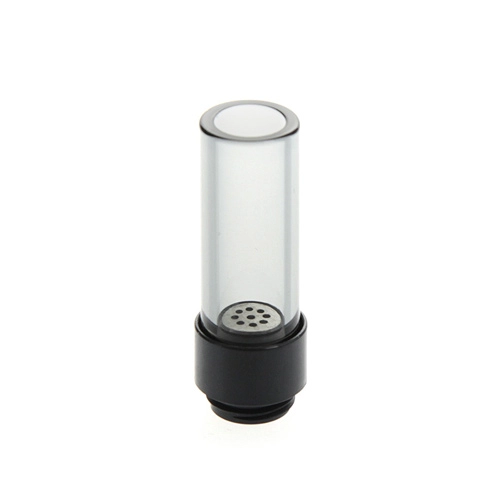 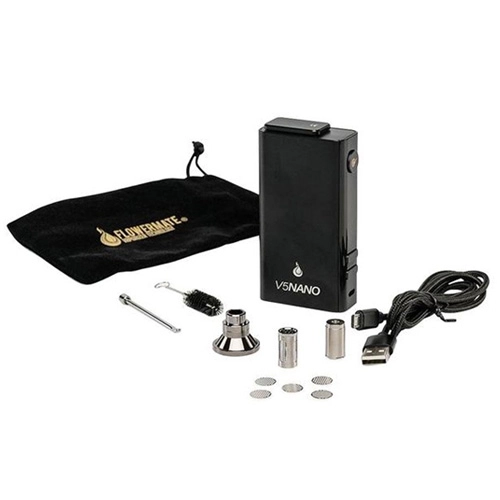 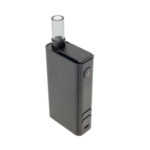 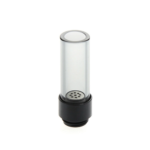 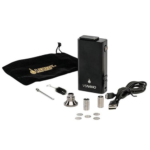 The Flowermate Nano V5 really lives up to its name. At less than 10 centimetres long, it’s one of the smallest portable vaporizers on the market today. Add to that a host of features that are usually found only on premium vaporizers, and you’ve got a top notch vaporizer worthy of a place in anyone’s pocket.

Meet the long-awaited successor to the hugely popular Flowermate V5 Pro Mini, the Flowermate V5 Nano herbal vaporizer. Although technically, the V5 Nano isn’t just a herbal vaporizer, as it can handle waxes and concentrates too, making it a highly versatile device. And versatility is just a fraction of what is on offer from the V5 Nano. Have you noticed that with many compact portable vaporizers, there is usually some sort of trade off? Well, it will please you to hear that Flowermate have included the most popular vaporizer features with the V5 Nano.

So, if things like an easy-to-clean isolated air path, replaceable battery, white-on-black digital display and a borosilicate mouthpiece are important to you, then you should be seriously considering the V5 Nano. It’s industry-leading construction and manufacturing processes have created a sleek and pocketable vaporizer with a premium feeling anodised aluminium outer shell. To top it off, the V5 Nano is also incredibly good value for money.

Let’s break it down for you, and take a look at the main features:

Taking it’s cues from many a premium vaporizer (mentioning no names, of course), the V5 Nano is all wrapped up in an anodised aluminium body. This obviously makes it really durable, yet it retains a certain tactile je ne sais quoi! Flowermate have implemented a stylish borosilicate mouthpiece, and at first glance, it’s hard to see where it might be? The V5 Nano sports a couple of opening hatches. On the top of the device, there is a sliding door which when opened, exposes the heating chamber. On the bottom of the device, is a spring-open door that conceals the mouthpiece and the replaceable battery compartment (we’ll get to that bit later).

One of the common complaints with herbal vaporizers is the cleaning aspect. If you aren’t a fan of spending your time cleaning, the V5 Nano is probably a better bet for you. There is so little to clean! When you remove the mouthpiece, the heating chamber is directly underneath, so there is nothing more for you to clean than just that! Because the air-path is isolated, it also means the V5 Nano produces really high quality and rich tasting vapour. In fact, it is a very satisfying vape indeed, but is nothing less than you would expect from Flowermate, considering their heritage and experience.

Flowermate have taken a bold decision to make the control buttons for the V5 Nano quite large. But we really like them! They have a very confident and assured feel to them, and they neatly frame the large OLED white-on-black display. Talking of which, the display functions exactly as you would hope. It gives you complete control over the heating temperature, anywhere from 40°C to 230°C and provides other handy information such as battery level. Incredibly for the money, the V5 Nano also vibrates when it reaches its optimum temperature, which it will do so in 30 incredibly quick seconds!

An often encountered issue with small lithium ion batteries is that they don’t last forever. That can be a major problem if your vaporizer doesn’t allow you to replace it, and can bring about the end of your device. Fortunately, with the V5 Nano you won’t have that problem! The 2500mAh battery which provides you with about 50 minutes of continuous vaping, is super easy to replace. The spring-loaded trap door on the bottom conceals the battery compartment, which has a similar kind of spring-loaded trap door. This also allows for you to have a spare battery (or batteries if you are truly hardcore), just in case you are out and about without anywhere to recharge.

VIEW OUR PRODUCTS
You've just added this product to the cart:
Menu